Le 25 October 2022
Harām (حرام, harām) is an Arabic adjective that in Islam describes anything that is “forbidden, inviolable, sacred” according to sharia law. In its ambiguity, it corresponds most closely to the concept of taboo in German.

The term “forbidden” is already used in the Qur’an to refer to the term harām. Thus, in Surah 16:116, people are asked not to claim with a false tongue that one thing is permissible (halāl) and another thing is forbidden (harām). According to the Islamic view, a Muslim commits a sin by performing an act classified by the Qur’an or by legal doctrine as harām. In this sense, harām is to be distinguished from the adjective “mamnu” ممنوع / mamnūʿ, which refers to that which is forbidden by secular law.

Harām is the last of the five categories of human actions in Islamic jurisprudence.

The term makruh (Arabic مكروه, makrūh) is used in Islam to describe actions whose acts are unpopular according to religious opinion and therefore should be avoided. According to the Islamic tradition, the Muslim is not punished for committing unpopular acts, but he is rewarded for his omission.

This is the fourth of the five categories of human actions in Islamic jurisprudence.

Unpopular acts include, for example, wasting water (e.g. during ritual ablutions) and disregarding popular or preferred acts – both during and outside of religious services.

According to some scholars, smoking is at least makruh, while others even describe it as haram.

Fard (فرض , fard “duty”) also in Arabic فريضة , farīda means “religious duty”, “(divine) decree”, “ordinance”. Fard is the sum of those religious duties that Muslims must fulfill unconditionally in ritual life. The verb for this is farada or iftarada and occurs accordingly in the sense of: “to impose something on someone as a (religious) duty”, “to prescribe”, “to declare obligatory” both in the Qur’an and in the Hadith.

What is the “Sunnah”?

Sunna (arabischسنة ) Pl. sunan (سنن) is a term that in pre-Islamic times referred to the customs, habits, values, and norms of the various Arab tribes, but in the course of the formation of Islam, it acquired a religious meaning by becoming the shorthand name for the sunnat an-nabī to be followed, the “way of action of the Prophet (Hz. Muhammad).”

In this sense, sunnah is mostly used in Islamic jurisprudence and traditional studies. Over time, the meaning of this term has undergone several changes. The corresponding verb is استنّ سنّ, sanna / istanna “to prescribe sth., to introduce sth.

Next: How many Iftar meals can we prepare and distribute in one day of Ramadan? 2100 meals!!! 🙌 → 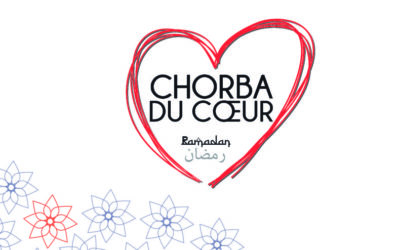 How many Iftar meals can we prepare and distribute in one day of Ramadan? 2100 meals!!! 🙌

Record beaten🏆: 2100 hot meals of #iftar (breaking of the fast) in one day! prepared and distributed on the eve of the 27th day of the month of #Ramadan, as part of the operation "#ChorbaduCœur"❤️, organized by The Great Mosque of Lyon, in partnership with the...